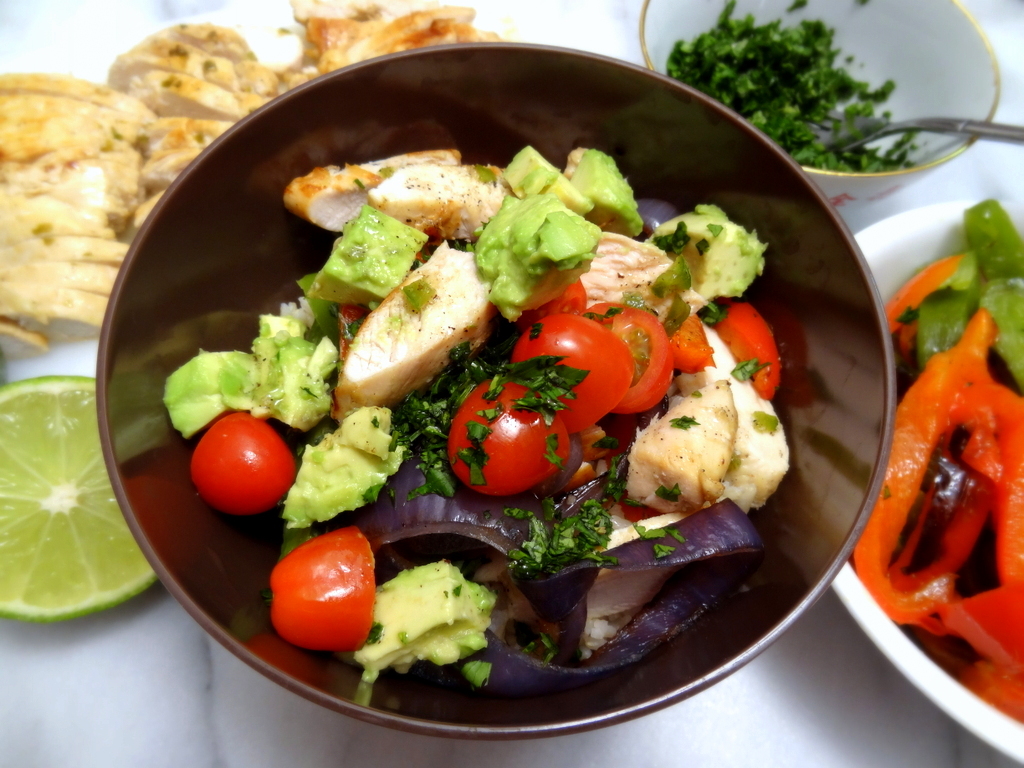 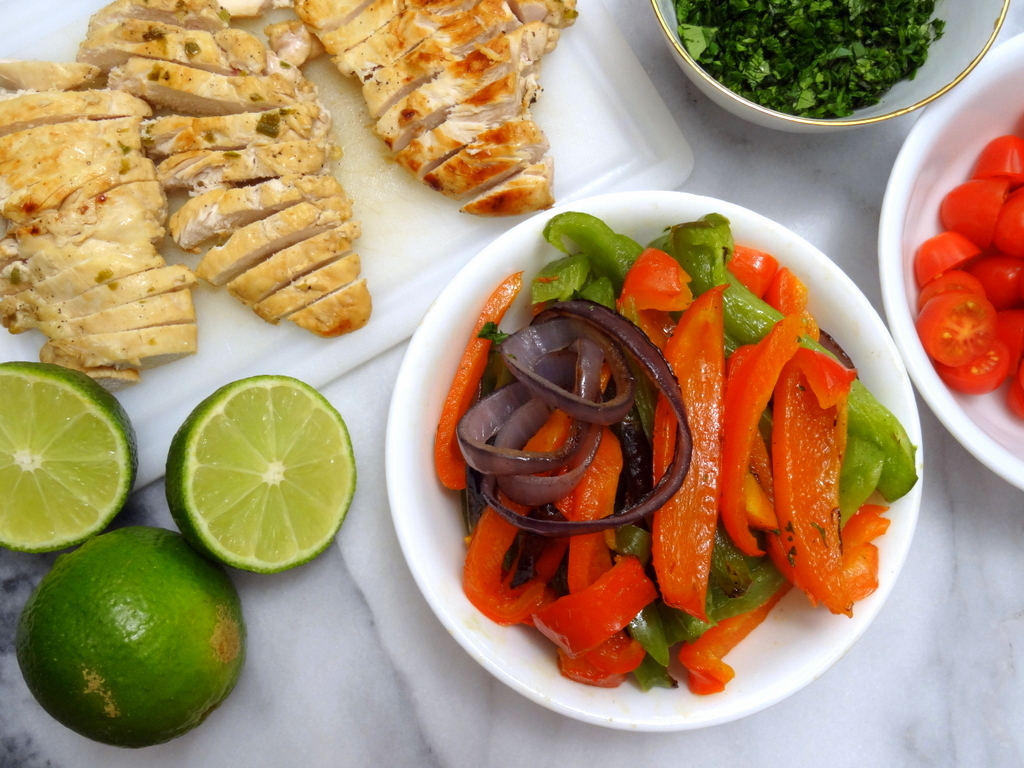 Fajitas have always been a tricky food for me, since I typically try to cram the tortillas with far more than their actual capacity. Half of the contents then spill out the back end of the tortilla, leaving behind a delicious mess that, as I gobble it down with a fork, proclaims to everyone at the table that my eyes were larger than my stomach tortilla. So, I figure, why not just skip the extra steps (and embarrassment*) in between and make a fajita bowl?!

I love a good one-bowl meal, since I often finish making a main dish and then realize I have no accompanying vegetables or protein. Not a problem in this case, though! These fajita bowls have got you covered: bell peppers, onions, tomatoes, avocado, and chicken, served with brown rice! Before cooking the chicken, you marinade it in an amazingly flavorful combination of lime juice, jalapeños, Worcestershire sauce, cilantro, and garlic – my brother found the recipe in Cook’s Illustrated and made it for the family over the holidays, and after one taste, I knew I had to get the recipe from him – it’s fantastic! One of the best things about this recipe is that you don’t need any special equipment (or weather), since there’s no grilling involved. This way, you can enjoy fajita bowls rain or shine, any time of year! ¡Buen provecho!

*There is, of course, a time and place for traditional fajitas—and I do love fajitas regardless of the mess I make—but there are also times when one would rather not be trying to eat a veritable volcano of Tex-Mex tastiness: for instance, when you’re cooking for a date and want to retain some semblance of sophistication, when you have small children present, or when you have a dog who lunges to vacuum any fallen crumbs off your plate/lap/face. 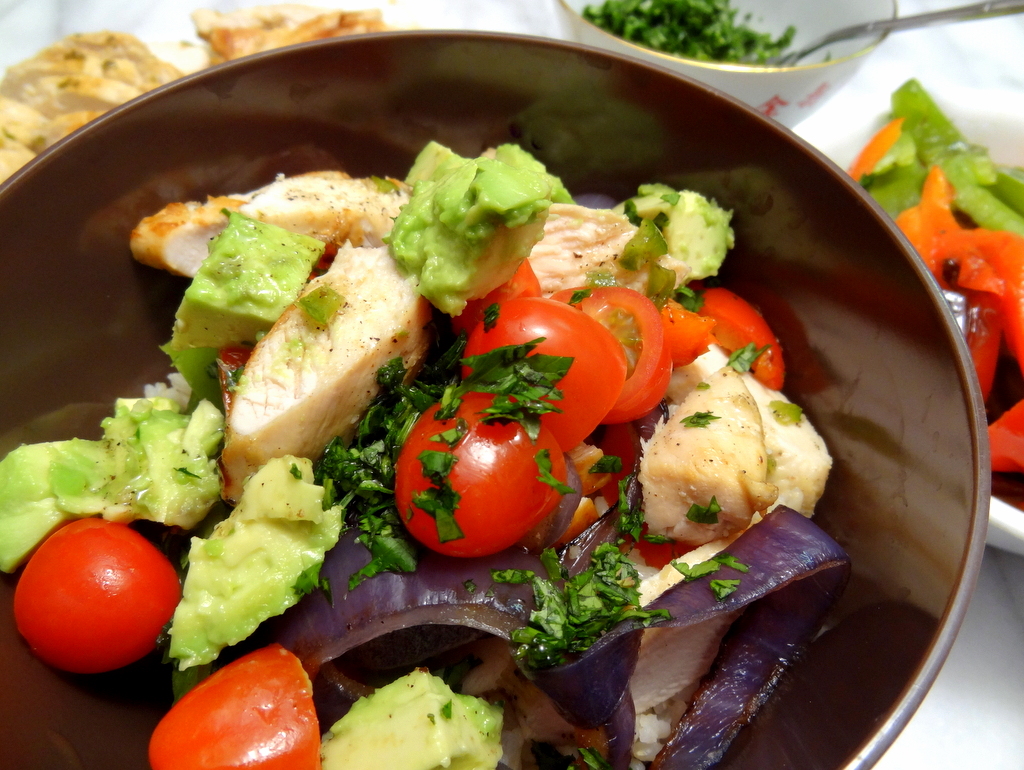 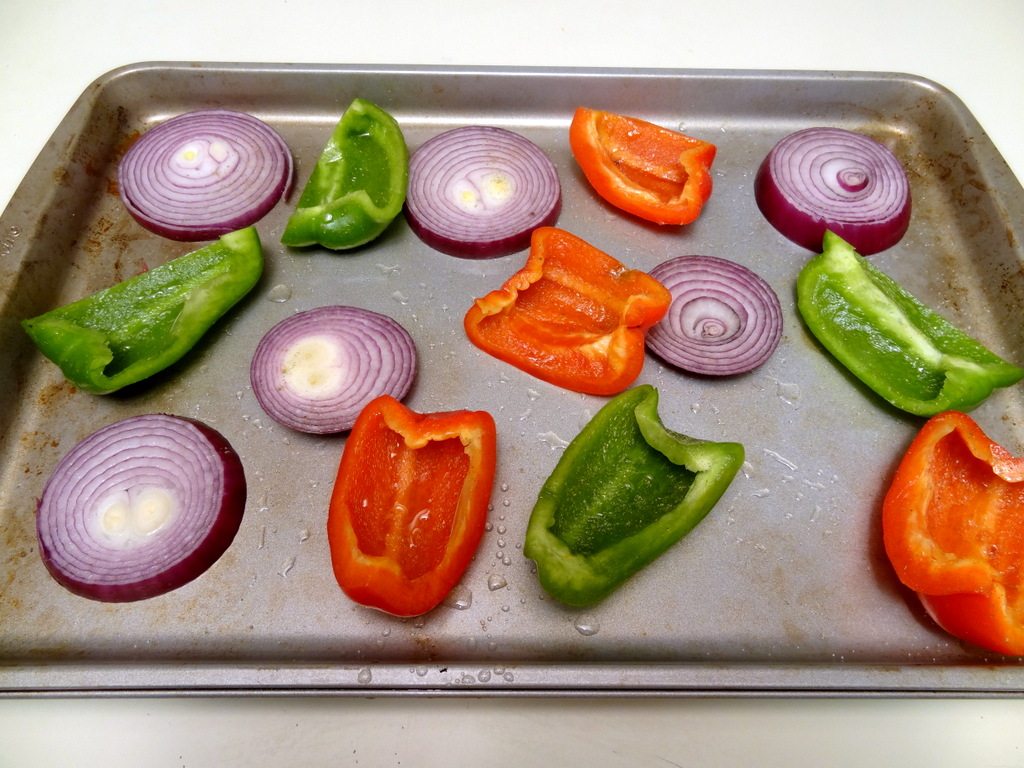 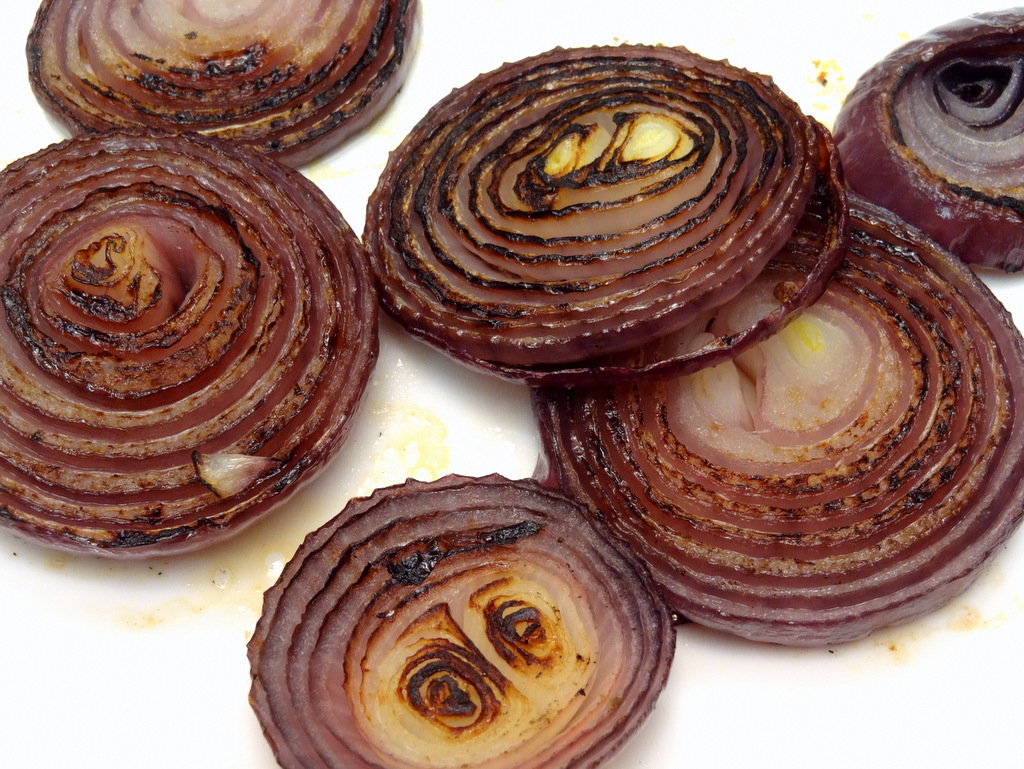 Leave a Reply to Christine @ Cooking with Cakes Cancel reply