As I mentioned in the previous post, I had signed up to bring cheesecake bars to our graduate student Thanksgiving potluck dinner. I used the same recipe, tweaking only a few things, and was really pleased with how they turned out! (2016 edit: you can get the full cheesecake bar recipe as well as updated photos here) 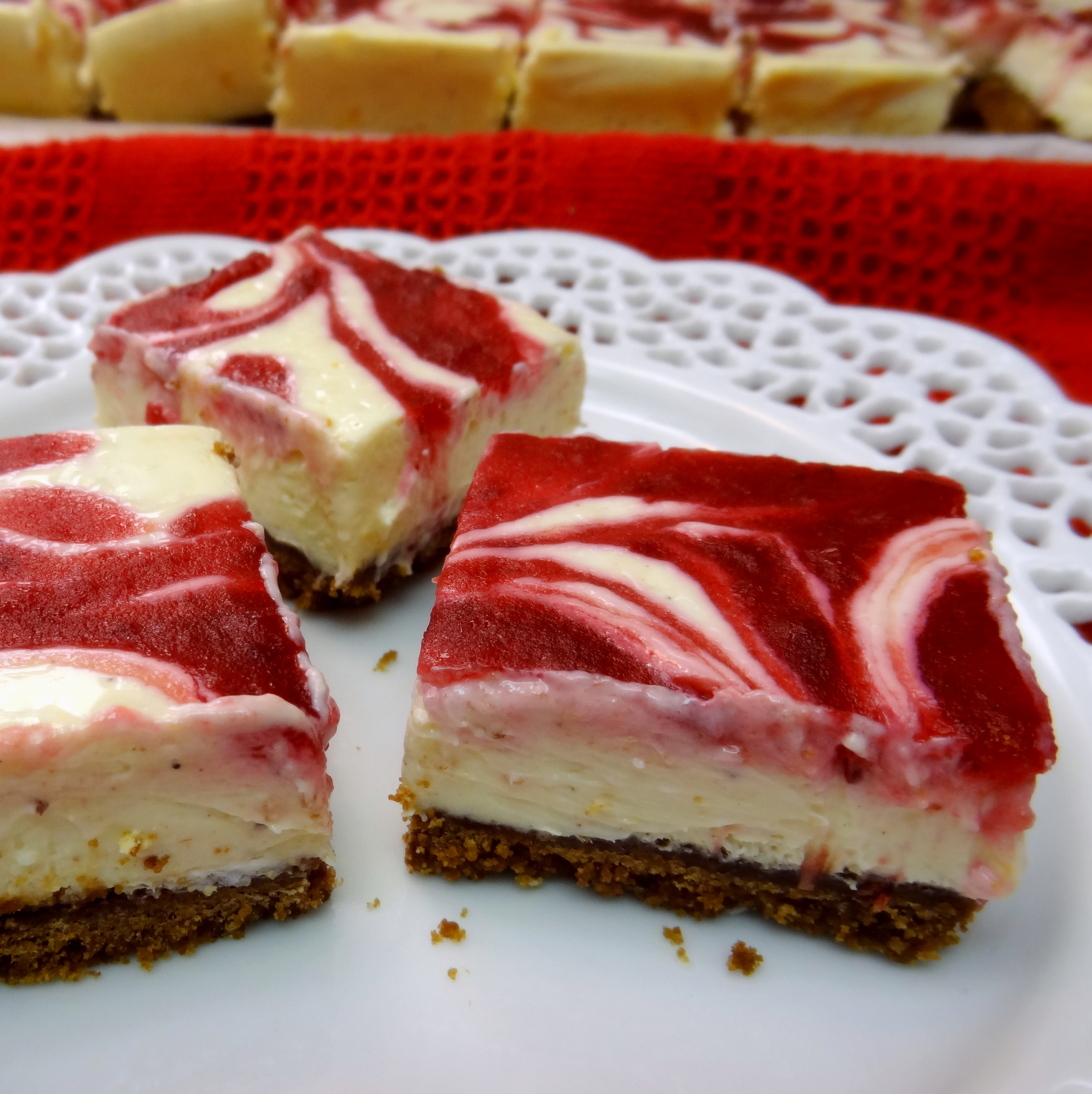 The few alterations I made:

Instead of using a 9-inch spring-form pan, I used a glass 9×13 baking dish. For ease of removing the finished bars, I lined the bottom with parchment paper, so that I could lift the whole thing out of the pan instead of trying to pry them out individually. 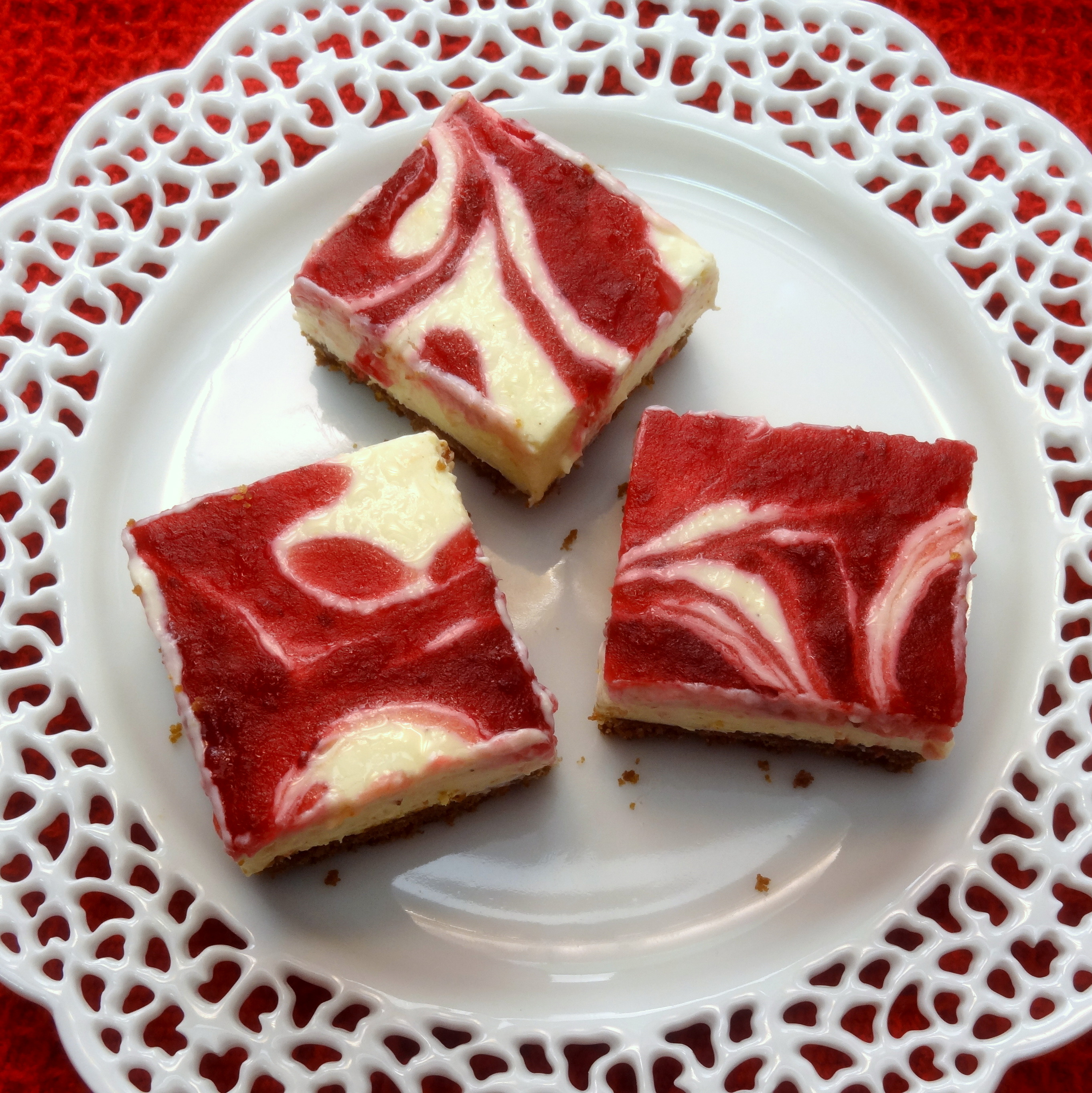 For the crust, instead of 12 ounces of gingersnap cookies, I used 14 (FYI: Trader Joe’s sells a delightful “Triple Ginger Snaps” that comes in 14-ounce containers). Since I wanted people to be able to pick up the cheesecake bars and eat them without utensils, I thought a slightly thicker crust would be a good idea. 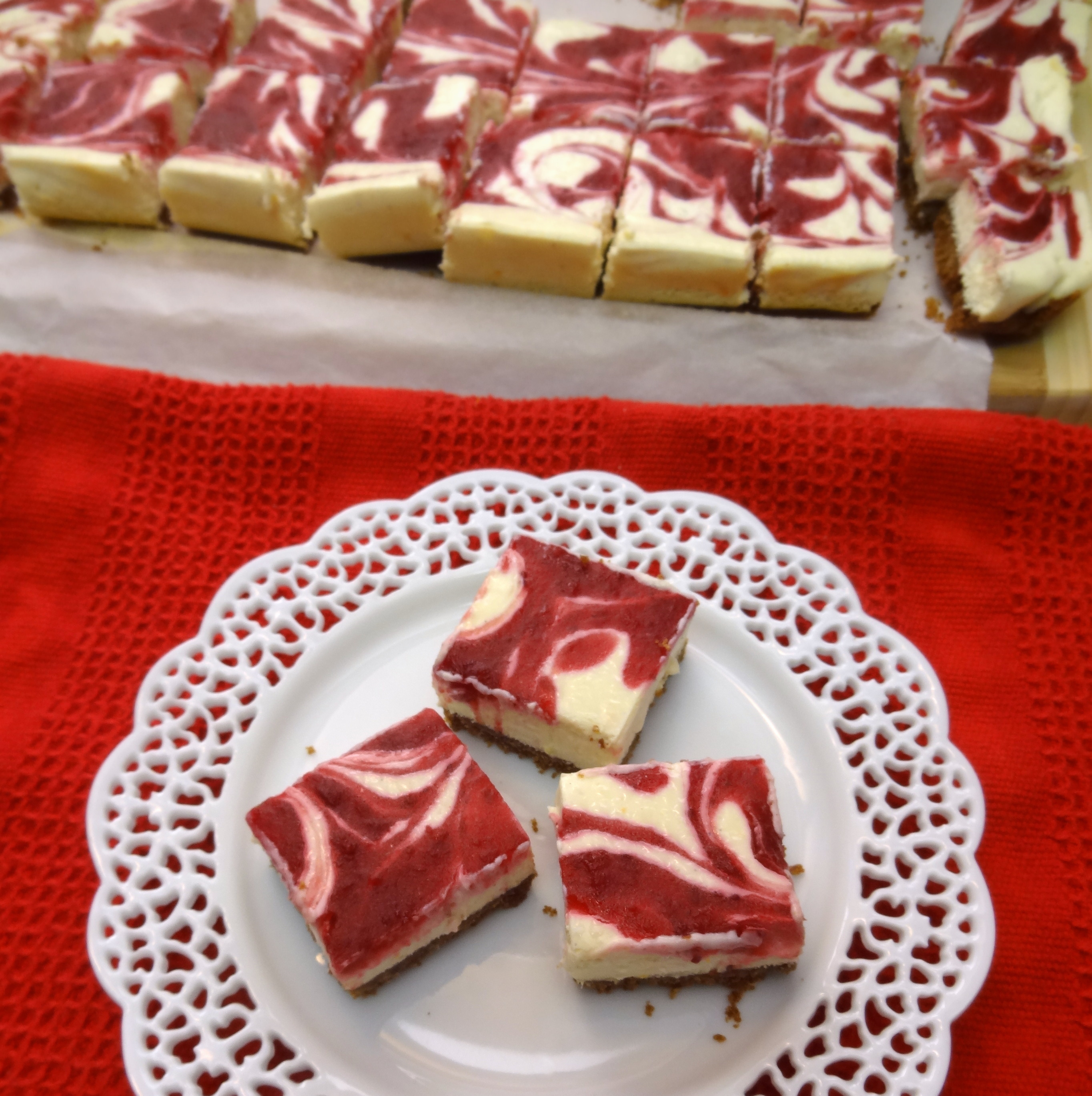 I also added a bit more cream cheese to make it more finger-food friendly. This extra cream cheese helps the cheesecake firm up slightly more. I had some leftover cream cheese in the fridge, but I’m not sure the exact amount – probably 1/4 cup or so.